A gift from Taka to enhance the tactics of the Ghost... And a good friend's final creation.
― Jin's journal

Complete From the Darkness
Ghost Armor is an Armor set which is earned during the mission From the Darkness. The armor was made by Taka, and given to Jin by Yuna. Jin notes that the Armor is designed in a way to enhance the tactics of the Ghost, which increases Jin's stealth and inspires fear into the Mongols. It comes with a headband, a mask and body armor. It has been heavily featured in promotional art for the game. 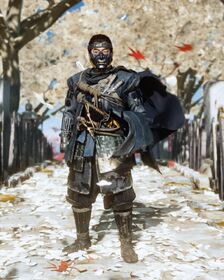 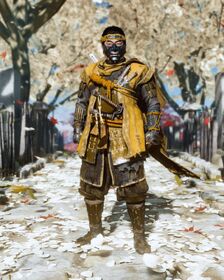 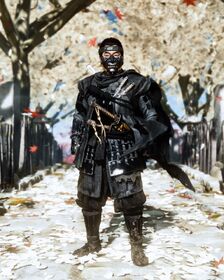 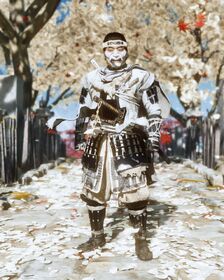 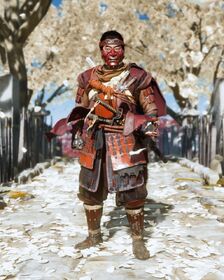 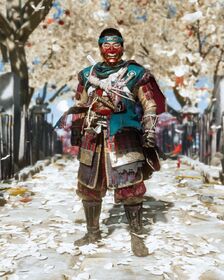 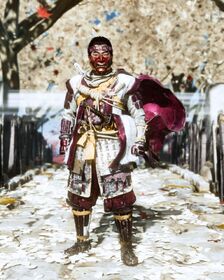 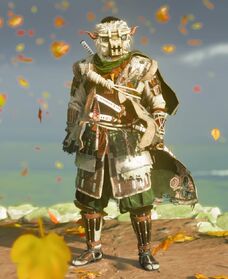 Armor of the Colossus